Queens as a crucible of creativity: the World’s Boro and Show Biz! 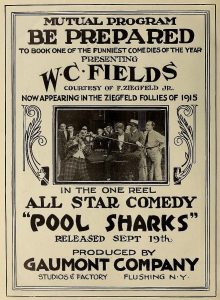 Queens is seldom the first NYC borough most people think of when it comes to show biz glamor, but its sprawling identity is somewhat deceptive.

Queens has been the site of numerous movie studios, dazzling amusement parks, cathedral-like theatres, and two international Worlds Fairs, as well as the home of such giants of 20th-century entertainment as Tony Bennett, Louis Armstrong, the Marx Brothers, Ginger Rogers, WC Fields, Ethel Merman, Don Rickles, and many others.

Join writer and performer Trav S.D. for this fun, free illustrated talk on Queens as a crucible of creativity.

PLEASE RSVP WITH THIS LINK!